I.S. cops Ivy Tamwood and Rachel Morgan were having a pretty good week, working their beat, busting brimstone street dealers left and right. That is until they realize someone may be gunning for them directly. That’ll put a damper on anyone’s week.  Fortunately dodging risky attempts on their lives, it’s up to Ivy to figure out whose targeting them and why. Could it be Piscary? Does he want to eliminate Rachel to get Ivy back in his clutches faster? Or could it be a new big bad with something else in mind entirely?

My favorite format of The Hollows will forever be in written novel form, but I’ll take it any way I can get it.  Ivy fans will enjoy this book as much as the last, Blood Work. It’s told from her POV even though Rachel maintains a consistent presence.  It’s not a requirement, but it will help to have read the short story told from Ivy’s POV, Undead in the Garden of Good and Evil, because certain characters and events become relevant again.

Considering that this is a graphic novel, I’ll start with the graphic part.  The cover is actually a bit disappointing.  The cover of Blood Work was one of my favorite parts about the novel. The colors and badassness really made it pop. This one? Not so much. It’s dark and vaguely mysterious, but it’s not interesting. I feel like the model should be wearing a more sinister expression.

It’s no secret that I’m not particularly fond of the artwork. Even though there’s a new illustrator, they implemented the original artwork so the overall style is unchanged.  After reading this one, I’m still not a fan but it is definitely improved over the first one in a few areas. For one, the coloring is more professional. It’s more vibrant and saturated, giving it an all around better look.  Interestingly enough, I think Ivy looks better in this one than in Blood Work. But on the other hand, I thought Rachel looked prettier in Blood Work than she does here.  Piscary looked pretty spot on to how I envisioned him in my head, and a new character, Celeste, actually had a pretty cool design.  The artist definitely does better work with her own original creations.

The story itself was pretty good, if a bit short. It’s natural to feel that way when a usual Hollows entry is over 400 pages. Though I’m pleased with the direction the later books have taken, I do miss the old I.S. runner days when they had to solve mysteries and tag bad guys.  This book brings a little bit of that back.  I liked how it continued the plot lines from Ivy’s short story because it expands the vampire world just a bit more when it comes to their politics, connections, and the domino effect that comes with certain actions. There’s a lot of inner turmoil with Ivy, fighting her attraction to Rachel, fighting her vampiric nature, fighting Piscary’s mind games. That’s pretty much all the poor girl does! Not to mention actually physically fighting the bad guys. Piscary was pretty scary at times, especially when pulling auras.  He’s certainly one you love to hate.  Kisten’s role is even smaller here than in Blood Work, but we do see enough to know how strong of a bond he and Ivy shared.  Rachel wasn’t quite as funny as she was in the first novel, but she still felt like Rachel, kicking butt, taking names.  And seeing her cherry red splat gun in action again was pretty cool too.

All in all, I don’t think these are the best that The Hollows has to offer, but it is worth a read and fans will appreciate the story.

*Review copy provided by the publisher

This entry was posted on December 10, 2012 by ErikaT. It was filed under The Hollows (Rachel Morgan), Urban Fantasy and Paranormal Books and was tagged with 13 Hollows Books, A Perfect Blood, Algaliarept, Big Al, Blood Crime, Blood Work, Captain America, Chris Evans, Chris Hemsworth, Dawn Cook, Dead Witch Walking, Ever After, Every Which Way But Dead, Giveaways, Harper Collins, Harper Voyager, how many hollows books do we have left, how many rachel morgan books do we have left, Into the Woods, Ivy Tamwood, Jenks, Kim Harrison, Kisten, Pet Shop Boys, Rachel Morgan, Robert Downey Jr, The Avengers, The Hollows, Trent and Rachel, Trent Kalamack, Trouble on Reserve. 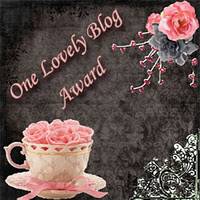